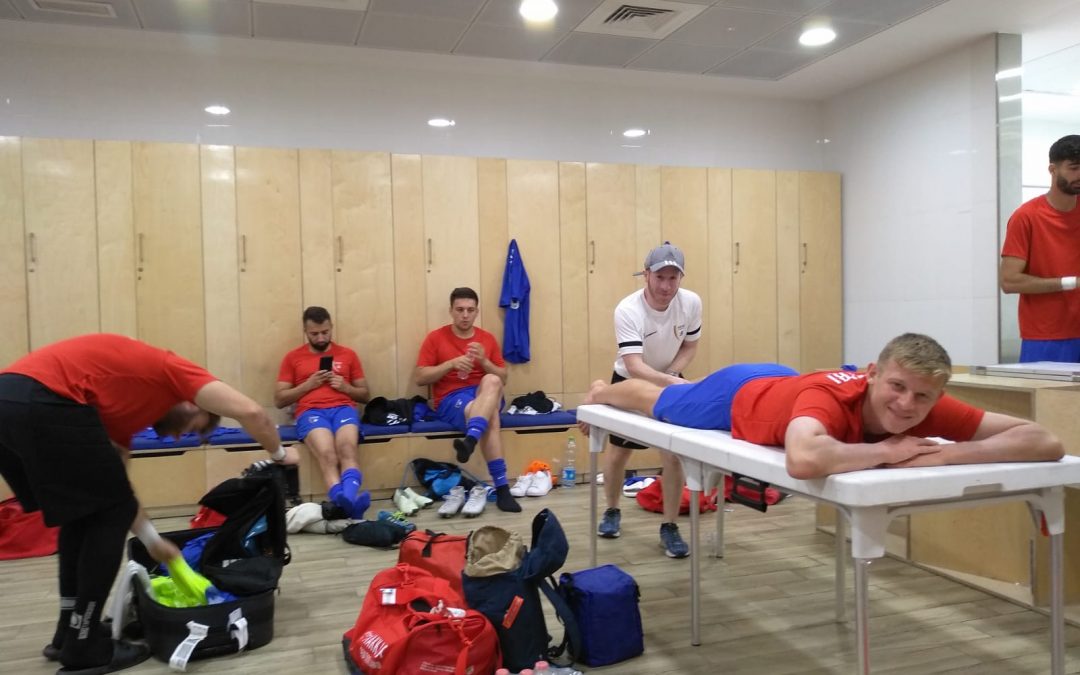 Earlier this year I was contacted by the German Maccabiah federation to be their official physiotherapist for their team representing Germany in the 2022 Maccabiah games. At first, I was hesitant to accept the position as it would take up a lot of time and keep me away from the clinic but, on the other hand, it was something I had always wanted to do.

In 2001 I was selected to represent Australia for the junior football team. However, this was during the second intifada, and a few weeks before we were meant to depart for Israel, the horrible dolphinarium terror attack occurred in Tel Aviv and Maccabiah Australia decided not to send the junior delegation. So, when this opportunity arose again and with my wife’s encouragement, I decided to accept the position.

What did I learn from this experience?

Working with the German football team was the first time I had worked with or been a part of a sporting team since making Aliyah in 2014. Sport is a huge part of my life; and it’s one of the main reasons why I chose the path to become a Physiotherapist. Being a part of Maccabiah reignited my love for team sports competition, both as a spectator and player, and it awakened a deep part of my sporty-soul.

Another lesson I learned is that the staff around a team can have a huge impact on the participants. Most of my experiences being a part of a sporting team has been as a player. The last time I was involved as a coach was during my university days in my early twenties and I don’t think I had the maturity or comprehension to realise the impact a coach or staff can have on the team and individual players. This idea might seem quite obvious to some and it crosses all aspects of life: attitude, positivity and passion are contagious. Especially in the business, scientific and sporting world where we have become hyper focused on outcomes, numbers and statistics, emotion, emotional intelligence, positivity, leadership and kindness have gone by the wayside. These latter attributes are vital to maintaining moral, cohesion, comradery and success.

As an evidence-based practitioner we are taught to constantly follow the latest research and sometimes what was considered best practice just a couple years previously becomes superseded or advised against as new treatments are explored with further research. However, in clinical practise the research doesn’t always translate into better patient outcomes. In my personal experience, sometimes a small insight, a kind word or motivational session where a goal or obstacle is overcome can go a long way in achieving good patient outcomes and recovery.

Here are a couple photos from the experience.